Brexit: What have we done?

On 23rd June, 16 million UK citizens voted to stay in the European Union (EU). That’s equivalent to population of the Netherlands.  Unfortunately, 17 million other UK citizens voted to leave the EU.  The vote has sent shock waves through universities in the UK.  Will international students still want to come to the UK?  Will faculty from EU countries need a visa in future?  What will happen to the Erasmus scheme in the UK? What about EU funding for research?  Will we still be able to afford to go on holiday in France, Spain and Italy?  All these questions have been discussed in subdued corridor conversations over the last couple of weeks.

Sitting in a Business School in the north-east of England, I feel that my academic colleagues and I need to speak-up in the national debate about how we arrived at this sorry state of affairs. It would of course be easier to fall into line and accept the received wisdom in the serious newsmedia that it was the fault of the self-serving politicians and ill-informed voters in the English provinces. I have heard this line at several meetings and HE conferences I have attended in the last couple of weeks.  Clearly politics has had a lot to do with it.  But we need to explain more clearly why we think a region like ours, the north-east of England (a region that has apparently benefited from all the EU has to offer) should vote so heavily against the EU and for Brexit? At first glance it does seem crazy.

I moved to the North-East of England in 1990. For those of you who don’t know it, think of the bridges over the River Tyne; think of Newcastle United, Sunderland and Middlesbrough football teams; think of the setting for film Billy Elliot and think of Durham Cathedral. The North-East of England is the bit south of Scotland and north of Yorkshire.  By 1990, the north-east’s coal mines had all but disappeared, the massive Consett steel works had shut down in 1989 and the shipyards of Newcastle and Sunderland were in terminal decline.  The old heavy industries that had made the North East relatively rich and powerful at the start of the twentieth century were by the end of the century all but gone.

However, there were signs of regeneration. Thanks to the European Regional Development and European Social Funds, infrastructure investment meant that a very good road network had been created criss-crossing the region.  EU subsidies meant that Japanese and Korean multinationals like Nissan, Fujistsu, Komatsu and Samsung set-up factories employing thousands of workers.  EU funds enabled One North East, a highly successful regional development agency, to fund a significant number of projects around the North-East including the creation of the iconic developments on the Newcastle/Gateshead quayside (The Baltic and The Sage) and the Teesdale Business Park, home to Durham University’s Queen’s Campus, on Teesside.

Despite all this benefit, with the exception of the affluent Newcastle suburbs, the whole of the North-East of England voted around 60/40 to leave the EU on 23rd June.   Many of my neighbours, my wife’s work colleagues, some of my old school friends, the people I play golf and cycle with, the people at the gy

m, the customers at the paper shop, and hairdressers – all told me they were going to vote leave.  Vote leave supporters tended to be in their 40s or older, were less likely to have attended a higher education institution and were more likely to be from outside the main urban areas in England and Wales (they were also the most likely to make the effort to vote).  Remain supporters tended to be younger, better educated and were more likely to be from the main urban areas or they were from Scotland or Northern Ireland (and, especially the young, less likely to vote).

The Brexit vote was not just about the EU, it was arguably as much about an unfair distribution of wealth and power in the UK. It was a vote against the globalisation. A vote that hoped to turn the clock backwards. Those with degrees, good jobs, nice cars, nice houses and cultural capital voted to stay in the EU, to retain the 21st century status quo.  Those who voted against were often the have-nots, the angry and those frightened by the globalised world.  David Cameron’s stupid idea for a referendum gave the angry, the frightened and the have-nots a single cause around which to unite.  Worried by the impact of globalisation, with a suspicion of outsiders (typical of much of rural England) and fuelled by a pack of lies from self-serving politicians who promised an end to mass immigration and divert EU funding to the health service. 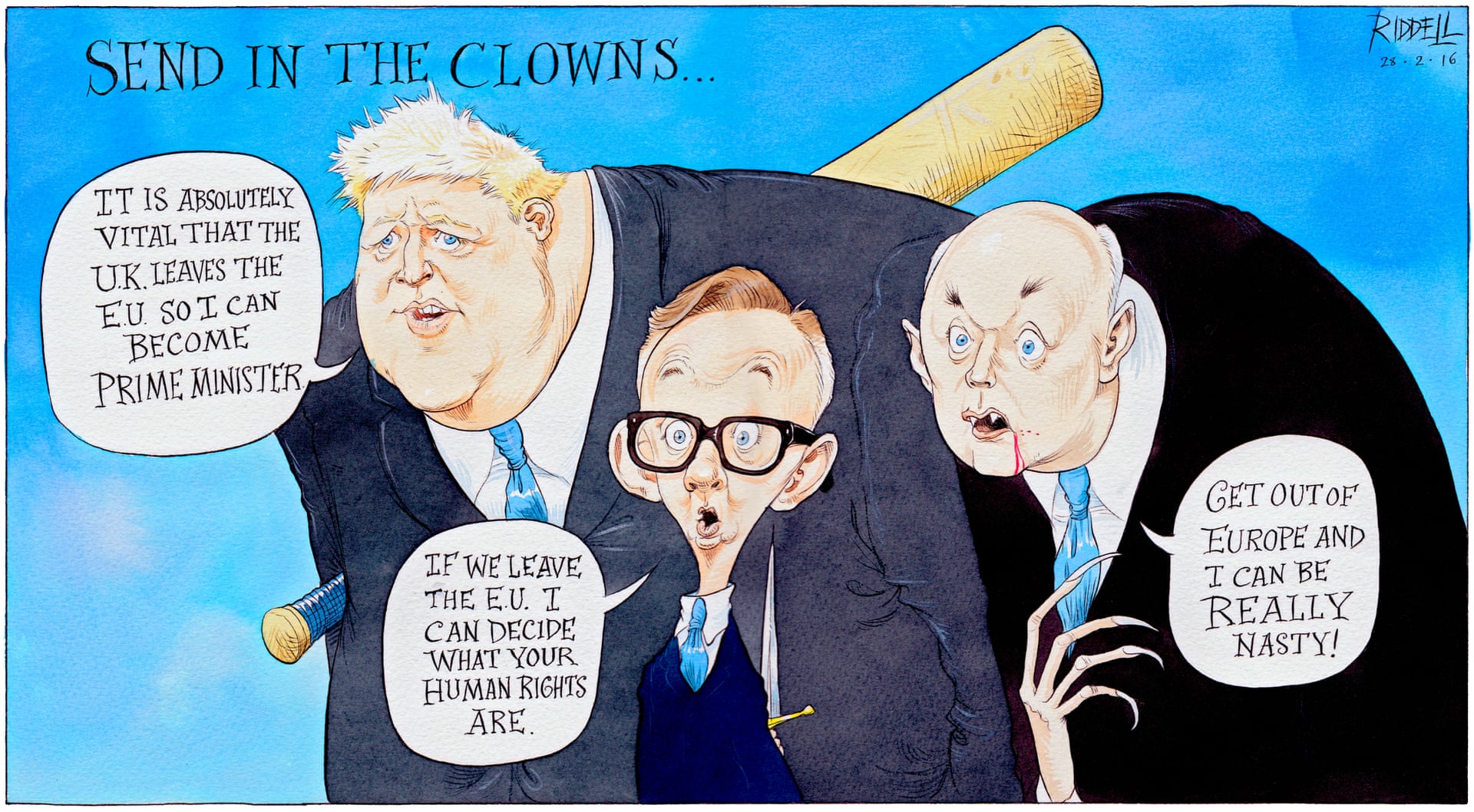 Those who are frightened by change, by foreigners, by the modern world, those who want to put the clock back 100 years to an era where the UK had power and influence, also all voted against EU. Those angered by politicians and big business, all the xenophobic little Englanders, all the racists and the right and far left extremists also voted for Brexit.

The remain voters, who we can call the haves with social capital, working in well-paid jobs in London and the home counties, in Oxford and Cambridge or one of the big metropolitan cities, those of us working in higher education or in the media, did not see this vote coming. Perhaps because we don’t mingle so much with the have-nots; perhaps we thought that our better informed votes would somehow count for more. We didn’t understand that people vote irrationally with their heart rather than in a well-informed rational way, with their head.  We didn’t understand how others see the globalised world as threatening and frightened rather than full of opportunities.  We didn’t understand how many people perceive themselves to be on the outside, the have-nots. Only in Scotland and Northern Ireland were there politicians, who representing the haves as well as the have nots, were listened to and agreed with.

I think as academics we have a job to do, to explain what happened in the UK on 23rd June and why.  If the UK is going to come through the trauma of Brexit, we need to be telling the government and anyone who will listen that the UK needs to tackle the unfair distribution of power, wealth and influence.