As we entered in the lobby of the foundation, we felt the humility of the atmosphere. The foundation stems an instantaneously positive and good feeling of impacting communities. “It’s all about people” said Patrick McMahon, our guide. The aim is to create a sustainable system that supports all communities across the world. 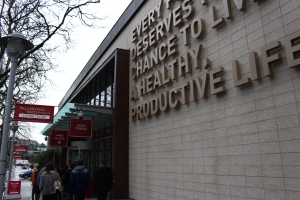 Bill & Melinda Gates Foundation was created in 2000 in Seattle and financed about 4 billion dollars a year by Bill Gates and his wife, Melinda French Gates. Some trustees, such as Warren Buffett who gave 37 billion of dollars in 2006, also finance the foundation. It was created to change the world by finding innovations in different fields such as health and knowledge. The foundation visitor center in Seattle is composed of several interactive rooms to understand the foundation’s goal and to get to know the people involved in it: co-chairmen, trustees, employees…

Taking risk is one of the key act that is fostered and encouraged in daily activities. It’s actually one of the foundation’s principle to change the world. Indeed, the best solutions are sparkled by taking risks and by understanding what works and what doesn’t. “Our role is to take risks that, if they pay off, could give millions of people the chance to make the most of their lives” said once Melinda Gates. They want to solve problems by a new design thinking even though they know that the solution might fail. Mr McMahon kindly reminded us that we should know as future entrepreneurs that 70% of innovative solutions fail. The foundation tackles several different issues that take on tough challenges such as childhood deaths, extreme poverty and family homelessness. The foundation comes up with innovative solutions to improve people’s standard of living by multiplying for instance, the number of vaccines with a brand new ice-cooled vaccine storage. They use money not as final solution but as a tool to help create connections between stakeholders of an issue. For instance, instead of giving away their money to farmers without really worrying and caring about the outcome of the investment, they will help them have a credit from a bank by being a guarantee. The foundation choose to tackle an issue over another by analyzing where they can have the biggest impact. That is to say: tackling issues that are left over. 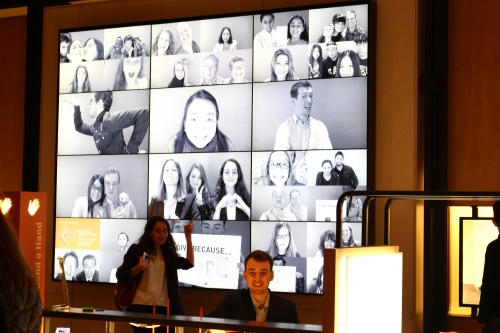 The foundation itself is a place of sharing thoughts, fears, and enthusiasm about issues such as biotechnology, climate change, etc… In fact, it’s an open space of freedom of speech. But also it makes visitors, a one day world changer, and an inspired and inspiring contributor of biggest issues’ solver of today’s world. There are interactive tech platforms where you can challenge yourself by choosing an issue and a problem solver tool. We have been tackling the issue of food and nutrition problem for homeless families with 100 smartphones: there was our humble and maybe too optimistic solution: 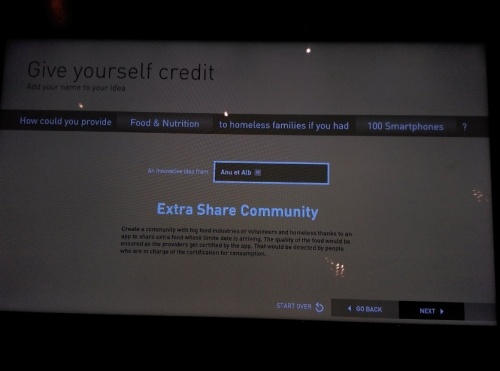 We entered the Gates Foundation building while escaping from the coldness of Seattle, and got out from there warmed up with a fresh new blow of inspiration. 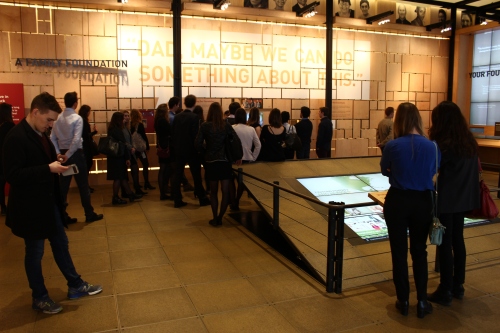 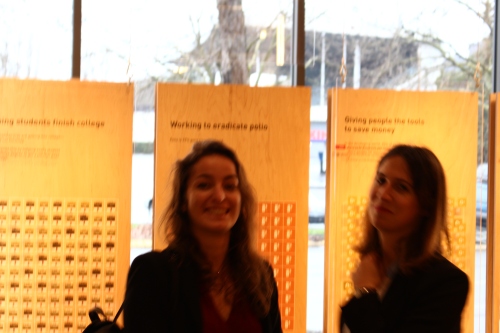 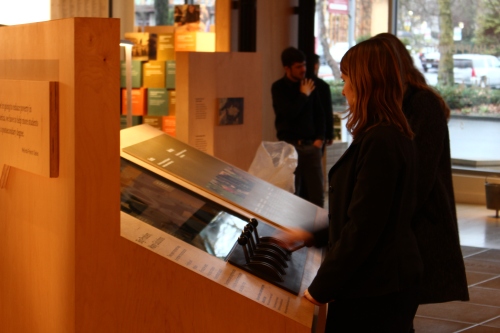 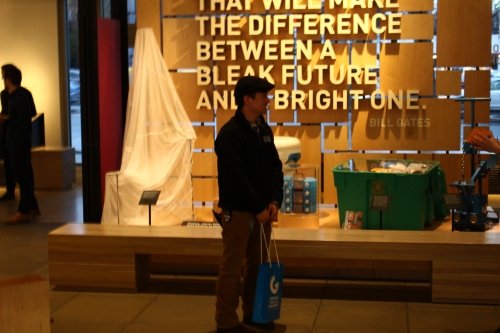