Fixing positive change: creating an efficient corporate culture with a piece of string, a hammer and a bell

Using symbolic objects can be a powerful way to motivate staff and communicate a message. What, for example, do a long piece of string, a hammer and a bell have in common? The answer is that they can be found in three of the world’s most successful companies and have had an impact on positive change of the corporate culture.

One company that clearly symbols is Toyota. The Japanese car manufacturer has been credited for changing many practices in the car industry. First time visitors to Toyota, more used to more traditional factories, might be surprised though to see a long piece of rope suspended at head height all the way along the production line. This is known as the andon chord. Pulling it anyone can shut down the entire plant and employees are encouraged to do just that when they see a problem. 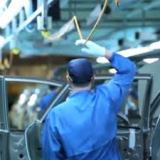 This is a radical change with the system built by Henry Ford where each small teams are individuals at each part of a plant would be responsible just for their task. At the end of the line, a quality control was completed. Cars with defects were then moved to a separate part of the factory to be repaired or even rebuilt. This system had its merits but the down side was the natural tendency to ensure that the production line kept moving even if there was a systemic problem. Responsibility to specific tasks prevailed over responsibility to the quality of the final product.”

IDEO, the US design company that became famous when they designed the first computer mouse for Apple and Haier, the Chinese manufacturer of electrical goods, also use powerful symbols to motivate their staff.

2 responses to “Fixing positive change: creating an efficient corporate culture with a piece of string, a hammer and a bell”