My way to GEM was pretty straightforward. Since my first year at my home university, I knew that I want to do a double degree program abroad. When I reached the end of second year and was about to choose which school to go to, I paid good attention to the recommendations from professors and GEM´s past students. I did not regret it, GEM was a brilliant choice.

Photos and text by Petr Jiskra 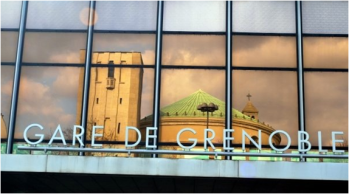 When I arrived to Grenoble, I was very friendly welcomed and knew immediately what will be happening in next months.

I have to admit that the level of preparation of classes with some hints here and there was superb. I particularly liked the visiting professors from abroad. I remember an excellent course of International Marketing with Walter Blass who shared with us real experiences from his previous executive position at AT&T. I was using his slides for years later.

Visiting mountains is definitely an important item in Grenoble´s Must do list.

If you do skiing, you will find the best ski resorts of the Alps within 1,5 hour drive.

If you don’t ski or board you seriously should start thinking about it.

I was also impressed about the student engagement in all non-school activites. 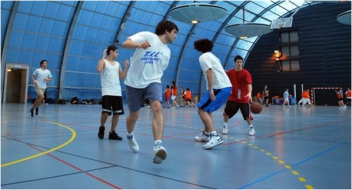 I immediately joined the university basketball team as well as a culinary association which enabled us to taste regional products. 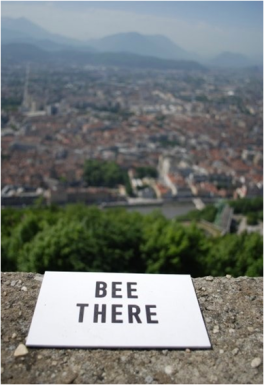 If you like running, you should certainly not miss the chance to run up the hill to the Bastille. So you can say I´ve BEEn there.

A Year In Grenoble

Maureen & Stephen Walsh: ” Whereas, when we had arrived in France, we were always saying, “In America…”, now we find ourselves saying, “In France…” We ask  forgiveness of our American friends if we make these comparisons to you, and we hope you can try to understand the loss we feel. For those of you who have been asking us what else we will miss about France, we’ve come up with a short list.”

Emma Hanes: “I would highly recommend Grenoble for a year abroad. It’s a large and dynamic city with plenty going on. It’s culturally very rich too, with regular jazz festivals, street markets and a good selection of museums, galleries and performance venues.”

I´m Leaving on the Jet Plane: “I’ve been in the Czech Republic officially two weeks now, and there are some major differences between life here and in the United States that have caught me off guard.  Now, I’m starting to get the hang of everyday life in Brno, but here are the things I have learned thus far. “

A Year in the Merde

The Cultureur: “It’s a comical tale that chronicles the misadventures of a British marketing bloke as he runs rampant through the streets of Paris and maneuvers his way through the provocative behaviors, distinct mannerisms, and unique habits of the French.”

UK student Leanne Dickinson on living and studying in France

Textbooks and Passports: “In France, says Leanne, “there is a lot of contact time and note-taking.” The university system “seems to tie you a lot more”. This contrasts with the British system.”

The Cultureur: “1) Midnight in Paris – I know Woody Allen isn’t for everyone, but if you love Paris, appreciate splashes of fantasy/time-travel, and treasure the literary geniuses of the 1920s (think: Hemingway, Fitzgerald), then you’ll love this movie.”

Why Study Abroad as a College Student?

William Penn University Study Abroad: “You never know what will happen in life. I’ve heard of many friends who have graduated from high school or college and then settled down right away to get married and have kids. Your time in college is when you are free to do things for you.”

A comparison of higher education spending around the world

Textbooks and Passports: “The UK spends far less on higher education as a percentage of GDP than most OECD countries.”

One response to “STUDY ABROAD / INTERNATIONAL EXPERIENCE : Petr Jiskra gives a Czech view on life and study on a double degree programme in Grenoble”