Laura Duggan: An Irish view of studying in France 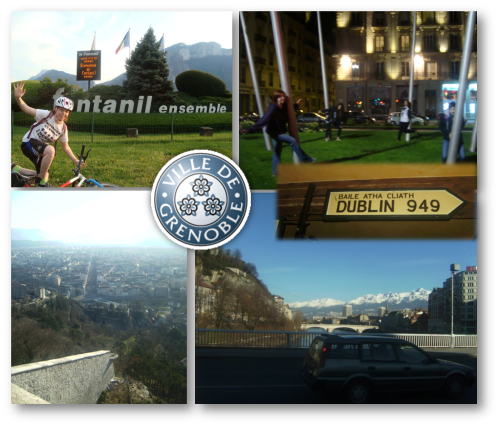 Laura Duggan is an Irish student who studied at Grenoble EM for the 2009/10 academic year as part of an Erasmus program. She chose to study in France as she was studying International Commerce and French at UCD in Dublin. She loved it so much that she is now back in France and working her way to a possible future career in education.

“I chose Grenoble as I fell in love with the city from first reading about it, it’s compact, but with a lively student life, and the Alps! I really wanted to try skiing, and I did, a lot.”

The international reputation of Grenoble EM was also part of the attraction.

“I knew I’d be getting a good education, alongside meeting other students from all over the world, which I did!” Says Laura.

For Laura the business school of some 5000 students was relatively small compared to her host university of 25000 plus. The classes were slightly bigger though with 35-40 students rather than the 25-30 that she had been used to. One thing that surprised her was the amount of group work that is done at the school.

“I learned an awful lot during the year, the most valuable of which is that I believe studying at Grenoble EM thought me how to be a professional person, it taught me a unique approach to learning, and extreme professionalism; between how I interacted with project groups, and the end results of those projects.”

According to Laura, the main difference in France was the language barrier and also small things such as shops and banks closing at lunchtime, and everything being closed on a Sunday!!! Clearly, she wasn’t used to this in her native Ireland.

Laura also says that a study abroad experience is wonderful opportunity to do a variety of activities outside of the classroom.

“In Grenoble EM, you need to get involved in the school’s life, be it in sport, culture, or the foreign students welcome association.” Says Laura.

You should get involved with these as soon as you arrive as they will help you meet new people. “I can’t recommend them enough.” This also helped her a lot to improve her French.

“To another Irish person, I would say do it, it’s close to home, so it’s not hard to go back over holidays, but most importantly to jump in to school life as soon as possible.” 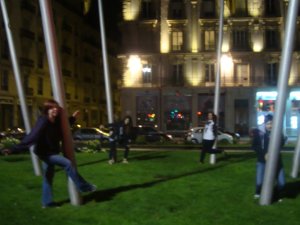 “Stay away from other Anglophones, and join things that interest you, you’ll have a huge group of friends in no time.”

One piece of advice she would give is to take precious care of all official documents when dealing with French administration. Non-French students were too carefree about this and it meant they lost a lot of time.

“You also need to be brave going up in the bubbles to the Bastille, and of course do as much skiing in the Alps as possible, they’re on your doorstep, why on earth wouldn’t you!”

Laura enjoyed France so much that she is now on a Comenius exchange programme in a high school in the south of France. No doubt from there she will move on to a teaching career or we might even get her back in Grenoble as a professor!

“Living and studying in Grenoble EM was totally useful for my study and work, it improved my French hugely, gave me more in-depth knowledge about my subjects, and most importantly – the professional factor as mentioned above, I really don’t regret it one bit.”

UK student Leanne Dickinson on living and studying in France

Textbooks and Passports: “In France, says Leanne, “there is a lot of contact time and note-taking.” The university system “seems to tie you a lot more”. This contrasts with the British system.”

Niché Bragahi: How my studies in France encouraged me to pursue a career in teaching

Textbooks and Passports: “Studying abroad, according to Niché, “is about going out of your comfort zone, discovering new things, developing your linguistic skills”

Textbooks and Passports: “Certain overseas universities offer qualifications which UK employers frown upon and do not recognise. You would be investing time and money and that is why it is crucial to research thoroughly your choices.”

A Year in the Merde

The Cultureur: “It’s a comical tale that chronicles the misadventures of a British marketing bloke as he runs rampant through the streets of Paris and maneuvers his way through the provocative behaviors, distinct mannerisms, and unique habits of the French.”

Textbooks and Passports: “Speaking at a conference on higher education at the University of Lisbon, José Manuel Barroso praisedthe scheme, saying it has “proven to be a great success, helping people to acquire the new skills that will be needed for the jobs of tomorrow.”