The subtitle to this book is “The Power of Thinking without Thinking.” Having read it, you have to wonder just how much thinking really went in to putting the thing together.

This is the worst type of “business” book; a collection (jumble) of stories and anecdotes that try to pass themselves off as having some foundation in science.

Read it, blink and you will have already forgotten the contents.

The basic premise in this book is simple; you don’t need to think through your judgments because your instincts will get you a much better result. That’s it. You now have the summary of the book.

The subtitle to this book is “The Power of Thinking without Thinking.” Indeed, having read it, you have to wonder just how much thinking really went in to putting the thing together. I have read other works by Malcolm Gladwell and they are enjoyable little reads for boring plane rides. However, this book tries to pass itself off as being based on scientific fact. It is not. 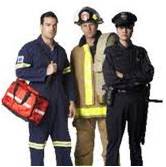 Rather, it seems to have been strung together from a collection of stories that Gladwell has picked up when he was a journalist. This seems fairly clear given the examples used in the book. There is the firefighter, the police detective and the doctor. And what type of professions do journalists spend most of their time reporting?  These are all noble vocations, but they are not where most people work and some of the skills acquired are difficult to transfer.

The economist John Kenneth Galbraith once said that the only purpose of economic forecasting was to make astrology respectable. Mr. Gladwell’s pseudoscientific book could place both disciplines into the realms of divinity. To overcome the total absence of scientific fact Mr. Gladwell throws a bit of magic stardust in our eyes in the form of trendy jargon like “thin-slicing” and “analysis paralysis.”

Interestingly both Richard Rumelt and Daniel Kahneman mention the book in their own latest works.  Neither of them would be unkind enough to be openly critical of Gladwell’s work. However, he is brushed off by both of them quite quickly and the reader can easily get the underlying message. In Thinking Fast and Slow, Kahneman notes that Gladwell gives the impression that we should trust intuition only to backtrack at the end of the book. Personally I found Mr. Kahneman’s remarks reassuring. I had felt totally confused by this volte face, so knowing that a Nobel Prize was in the same boat as myself was something of a relief. In a 2012 broadcast Kahneman stated:

“Malcolm Gladwell definitely created in the public arenas the impression that intuition is magical… That belief is false.”

Richard Rumelt, eminent professor of Strategy at UCLA, is equally dismissive of the work. He relates how one of his MBA students challenges him during a case study saying:

“According to Blink, a first judgment may be the best”.

Would you want the President of the United States to make a decision to go to war in the blink of an eye?

Ouch! Did you spot the subtext there through the choice of adjectives? He then subtly but deftly goes on to undo any logic within the work. Rumelt ends with these two questions to his student.

“Would you want the President of the United States to make a decision to go to war in the blink of an eye? Do you think it is appropriate for a CEO to decide a merger without carefully thinking through the costs and benefits?”

Roughly half of the doctors had never been sued. The other half had been sued at least twice, and Levinson found that just on the basis of those conversations, she could find clear differences between the two groups. The surgeons who had never been sued spent more than three minutes longer with each patient than those who had been sued did (18.3 minutes versus 15 minutes).

The psychologist Nalini Ambady once gave students three ten-second videotapes of a teacher – with the sound turned off – and found they had no difficulty at all coming up with a rating of the teacher’s effectiveness. That’s the power of our adaptive unconscious.

Among my CEO sample, almost a third were six foot two or taller

Among my CEO sample, almost a third were six foot two or taller. The grand exception to all of these trends is American Express CEO Kenneth Chenault, who is both on the short side – five foot nine – and black.  An inch of height is worth $789 a year in salary

Two centuries ago, Napoleon wrote that “a general never knows anything with certainty, never sees his enemy clearly, and never knows positively where he is.” War was shrouded in fog.

Extra information is more than useless. It’s harmful. It confuses the issues. What screws up doctors when they are trying to predict heart attacks is that they take too much information into account.

In 1972, 18 percent of soft drink users said they drank Coke exclusively, compared with 4 percent who called themselves exclusive Pepsi drinkers. By the early 1980s, Coke had dropped to 12 percent and Pepsi had risen to 11 percent – and this despite the fact that Coke was much more widely available than Pepsi and spending at least $100 million more on advertising per year.

For the last twenty years, Coke has gone head-to-head with Pepsi with a product that taste tests say is inferior, and Coke is still the number one soft drink in the world.

Most police officers – well over 90 percent – go their whole career without ever firing at anyone, and those who do describe the experience as so unimaginably stressful.

Understanding the true nature of instinctive decision making requires us to be forgiving of those people trapped in circumstances where good judgment is imperiled. What??!!

Steven Clark: “In some ways I found Malcolm Gladwell’s ‘Blink: The Power of Thinking Without Thinking’ a little dry on the back of my tongue. In part, this fell back to having read earlier Gladwell articles and to be truthful Blink wasn’t a new concept for me entering at page one.“

Creating Passionate Users: “Well, as a huge fan of Gladwell’s last book, The Tipping Point, I was excited last week to finally get my hands on his new effort: Blink: The Power of Thinking Without Thinking. This time around Gladwell’s basic thesis is that often snap judgements (what he calls “thin slicing”) can be more accurate than well researched, careful analysis.”

Be a blinking marvel

The Guardian: “Blink tells more stories about judging from first impressions. Students who were shown silent videos of lecturers and asked to assess teaching ability on appearances alone produced results which closely matched judgments based on broader criteria.“

Business Schools Should Teach You How To Tell a ‘Sticky’ Story

Modern World: “I was captivated by one of my favorite professors’ courses, in which he told us to ‘learn to tell a story that sticks’.  I matched everything together and got to an interesting conclusion. Business Schools should provide Marketing students with at least a basic set of creative writing skills!!”

Performance as a dynamic measure

Student Achievement Program: “We know (for a fact) that positive reinforcement of behavior is a key driver in developing habits. This means that positively rewarding behavior which leads to substandard academic performance, in the long run leads to impoverished academic development. And this is exactly what is happening to most students today.”

Seven Facts about Studying: The A-B-C of your Brain

Student Achievement Program: “The same rule holds when you memorize information for a test. Trust that your brain will reason its way to the right answer by connecting the dots. Understand that all that information is not stored in one place in your brain – it really, physically is not. Rather, information is scattered acros your cortex, much like the stars are scattered across the universe.”