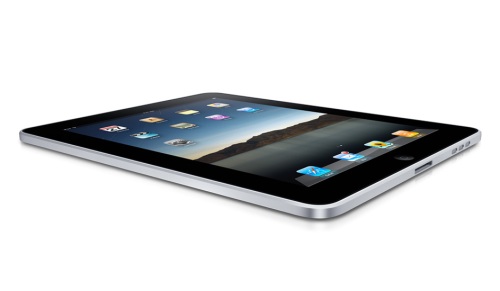 The Sint-Jozef business school in Belgium has made the purchase of an iPad compulsory for all its students. This has provoked the ire of a certain number of parents who complain about the extra cost. What few people have mentioned is that the academic performance of the students will almost certainly diminish once they have an iPad. This often happens when the technology begins to dictate academic decisions.

The Sint Josef business school imposes the iPad for its students

I have an iPad and I love it! It is great for listening to music, checking the sports results, seeing what my friends are doing on Facebook, playing chess, boring people with my holiday photos etc. etc. What? Serious, pedagogical uses for a learning device? Err…

Perhaps I am exaggerating a little. The iPad is a wonderful tool and it is very useful for reading but the decision of the Sint Josef school in Belgium to impose the use of this in class is pure folly. Despite many complaints from parents the head of the school remains adamant; from the 3rd September all students will have to come to class with their own iPad. Most of the people arguing against this decision have based their criticisms on the cost. This is missing the point. The real problem with imposing an iPad is that the students will learn less, not more. 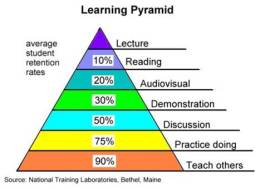 To understand this you only have to have done a bit of teaching (and one would have thought this to be the case for the people wthat have made the decision.) The iPad is very useful for reading and for going onto the internet to get a quick piece of information off a website. So far, so good. However, this is only the passive side to learning. Students learn and retain far more when they are actively engaged in production and explaining things to other. In concrete terms this is done either through discussion or through formal presentations (ie. essays or giving a talk perhaps with a short powerpoint presentation.)

Ask any professor or business person if they use a standard computer or an Ipad for these tasks and they will all say the former. You can take quick notes with an iPad, but you cannot do anything really presentable. Similarly, it is impossible to prepare a powerpoint presentation. For these the students of Sint Josef will require a computer as well.

Then comes the learning how to use technology. When I have music, the internet and a whole host of applications at my fingertips I very quickly lose concentration. This is the free admission of a guilty forty something professor. Imagine what students! Like most languages, English describes deep, meaningful reasoning with expressions like “following a train of thought.” You can’t follow this train if you are constantly jumping from one platform to another. (Pun intended.)

A previous test of iPads

A few years ago, my own school did a test of the efficiency of iPads. 50 different students (out of 6000) were given one each to test throughout the year. The results have been on the website since April 2011. The conclusion was that though they could be useful for reading certain documents, the iPad was very limited in its uses in academic applications. One wonders why the school didn’t take the time to consult these results before making its decision.

The school has even implicitly admitted that it is wrong. Nicole Vancoillie, President of the school board has now declared that they are too late to reverse this decision. In strategy this is known as escalation of commitment. The basic logic is that we know we are wrong, but we don’t really want to admit it.

Following such reasoning can be quite terrifying. Back in the 1960s, the then President of the United States, Lyndon B. Johnson declared that the country could not withdraw from Vietnam because this would ‘dishonour’ the name of those lives that had already been lost. The logic went that it was better to kill more young people rather than to admit that those lives already lost were to no avail. Following this same piece of fallacious logic, the Sint-Josef school now believes because some students have already wasted their money, it is better to get more to do the same. This is crazy. It would do far better to admit the mistake and reimburse the students. It will cost them less in the long run.

Finding the right tool for the job

If the school really wants to help its students develop their learning skills with technology it would have done far better to impose one of the vast array of microcomputer that exist today.  They are as light and easy to carry as an iPad, but much better for making formal presentations. And generally they cost a little less to buy.

Of course, a micro computer isn’t nearly as sexy  as an iPad. It doesn’t sound quite as cool, either. And yet, I am reminded of the advice that my own teenage son is constantly giving to me.

This is smart advice. As educators, our role is to determine what are the best tools to for the advancement of efficient learning, rather than to jump at the latest gadget just because it is cool. We are too old for that.

10 Corporations That Have a Major Hand in Higher Education

Online Colleges: “BP has contracts with Berkeley, the University of Illinois at Urbana-Champaign, MIT, and more. The energy company regularly engages in multimillion dollar contracts for university research, including a 10-year, $500 million investment in Berkeley’s Energy Biosciences Institute.”

Barbarians at the Gate: Welcome!

Higher Education Management: “The tension between commerce and higher education isn’t likely to get less provocative over the next few years. While campuses have become accustomed to having vendors assume responsibility for functions like bookstore management, catering and building maintenance, the current focus of education investors is on creating technologies that serve instructional functions – matters that were once seen as the exclusive territory of academics.”

5 responses to “iFail….the Sint-Jozef business school, Belgium imposes the purchase of an iPad”