Best management practices from the French football team… You just have to go back in time a bit!

A year on from France’s catastrophic display in the 2010 FIFA World Cup, French football could actually give us some best practices in management thinking. You’ll need to go back to 1998 though.

NB: A French version of this article has been published can be found on the following link: http://lecercle.lesechos.fr/entreprises-marches/management/221136368/made-in-aime-jacquet-lecon-management-equipe-francaise-foot

The spiritless team after resuming training.

This time last year I found myself at an international conference in China being asked to explain the unexplainable. The 2010 FIFA World Cup was well underway and the French national side had just gone on strike in the middle of the games. This topic obviously interested my audience far more than my presentation about accreditations as most of the questions revolved around this subject. How could a group of 22 millionaires who had the privilege and honour of representing their country go on strike? I could find no reasonable explanation. One year on, I still can’t.

The irony of this is that the French side has given the world one excellent lesson in best management practices showing courage, single-mindedness and strength of character. But you have to go right back a full 13 years and one person in particular should be singled out for the most praise, the team’s then coach, Mr. Aimé Jacquet.

Mr Jacquet: Aimé, but not loved

Mr. Jacquet: Not aimé by the French public

Mr. Jacquet might have become a hero on the July 12th 1998 as France beat Brazil 3-0 in the final, but before the games he was anything but aimé (loved) by his own public. A poor communicator with his rough working class accent from the former coal mining city of St Etienne, Jacquet did not always seem comfortable during the endless rounds of pre and after match analyses that television seems to require. To make matters worse, he had taken the radical step of refusing to select Eric Cantona, arguably France’s best footballer at that time.

On the field, Cantona was a genius. His thousands of fans at Manchester United would chant “Oh, ah Cantona” as they waited impatiently during every match for that one magic moment that would change the game. But he was also the archetypal maverick and bad boy. He had called a previous coach a “bag of s**t” and had just undergone a suspension for attacking a supporter during a league match in England. And perhaps more importantly, Cantona, like many geniuses was not a team player. Aimé Jacquet calculated that by

leaving him out of the squad he would prove two things. Firstly, everyone in the team would know that there were safe places. And secondly, it would be the team, not the individual that counted. For this bold move, the French coach was lambasted by his own public and press. This barrage of criticism of his methods and tactics lasted right up until that third and final goal was scored on the night of July 12th.

The remarkable thing about that final was that though they were playing the mighty Brazil, the French outclassed their opposition in nearly every aspect of the game. Indeed, they could easily have scored six or seven goals that evening. It was one team, playing in total unison for each other and for a waiting nation. Aimé Jacquet’s strategy, his discipline and his strength of character had paid off. He had built a world-class team, rather than a group of world-class individuals. 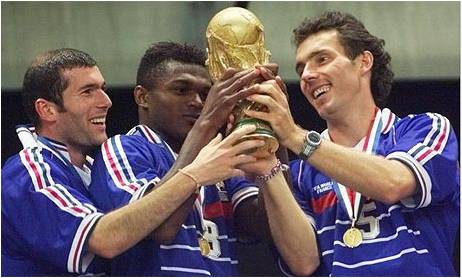 Jacquet´s strategy led the team to the sweet victory.

Organisations could learn a lot from this. Individuals who break rules can be very useful as a firm grows because their naturally competitive nature may enable them to achieve extraordinary results. This may inspire others in the company to improve their own performance and the new contracts they obtain may have a very positive morale boosting effect on the team. However, allowing individuals too much freedom becomes more complex as the company grows since they may hamper the general development of the firm in favour of their own division or department.

Joseph J. Plumeri, CEO of the Willis Group, points out that this individualistic behaviour may even become a cancer that is detrimental to the overall health of the firm. If one of two star players can publicly break the rules, their colleagues will understandably wonder why they should adhere to them. This will inevitably lead to bickering and fighting between colleagues. He concludes:

“Competition doesn’t destroy a company; companies destroy themselves from within.”

Sears Tower was renamed to Willis Tower in 2009.

Plumeri inherited such a culture when he arrived at Willis Group Holdings in 2000. The London-based insurance firm had just incurred a loss of $104 million. When he discovered senior management spent most of their time bitching in private little groups about decisions that had been made in meetings, he had all the doors taken off their offices. They would get their doors back when they were prepared to talk openly and honestly together. A radical step perhaps, but this is the man who had the Sears Tower in Chicago renamed the Willis Tower despite the fact that he rented a mere 2% of the building. Between 2000 & 2008 Willis’s, net worth doubled, and its stock price rose from $3 to $32 per share.  By June 2010, the company had the third-highest insurance brokerage revenues in the world.

Louis Gerstner found a similar situation upon his arrival at the nearly bankrupt IBM in 1993. It had just reported losses of $5 billion for 1992, more than any U.S. company had ever lost in a single year. at IBM. In his book “Who says Elephants Can’t Dance” Gerstner describes a similar how the once dynamic firm was riddled with in fighting. It had “128 people with Chief Information Officer in their titles-all of them managing their own local systems architectures and funding home-grown applications”. Gerstner reduced this to one person. IBM had an HR system that was “so rigid that you actually had to be fired by one division to be employed by another.” He changed the system. He even discovered that his company wide e-mails were being intercepted by the head of the European division on the basis that:

“These messages were inappropriate for my employees.”

Gerstner too went about restructuring the firm with an emphasis on the need to work as a team and to communicate across divisions and departments. By 2001 IBM recorded profits of $8 million.

Jacquet, Plumeri and Gerstner, though in different industries (football, computing and insurance) had all adopted similar strategies with the same positive results. All three had set about shaping their teams on the basis strong leadership and the need to work for the good of the team rather than playing as individuals. Surprisingly, only Gerstner has a management education having gained his MBA at Harvard. (Plumeri studied History at William & Mary College.)

However, given his lack of formal education, it is Jacquet’s management skills that are the most remarkable. This seems even more outstanding when put in the context of the World Cups that followed the 1998 victory; 2002, France gave the worst defence of the title since the competition began; 2006, disgraced finalists after Zidane’s head-butting incident and then last year’s quite extraordinary strike. Determined leadership combined with good teamwork can provide quite astounding results and good management practices can be found in many places. Even in football! 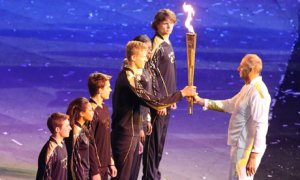 The 2012 Olympic Games begin today in London and there will be much talk over the coming weeks of the dedication and talent of the winners. Though none of us as yet know the names of the gold medalists of each event, one thing is certain, a lot of extremely gifted and hardworking individuals will return to their countries with nothing more to show than their participation in the games. Does this make them losers? Of course not. Read more…

Work: It’s what you do, not where you are 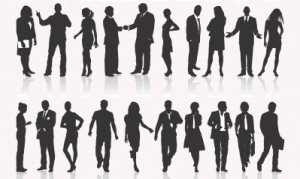 An old joke, A CEO is showing a visitor around his factory. The guest asks politely:

“How many people work in your company?”

The boss looks at his employees sitting at their desks, reflects for a moment and then replies.

“Oh, probably about half of them!”. Read more…

Business Lessons From The World of Rugby

If you are as passionate about rugby as I am, it is difficult NOT to write about last Saturday’s World Cup Semi Final between Wales and France. Having worked so hard, and waited so long, the Welsh team managed to lose despite being the stronger team. It is a good lesson for students, professors and managers alike. Knowing that you are better just isn’t enough. Results are what count. Read more…

5 responses to “Best management practices from the French football team… You just have to go back in time a bit!”